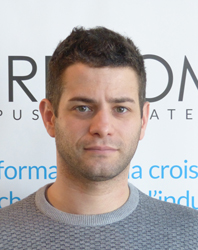 But I studied, lived, and worked for many years in Genova. I have mixed feelings about Genova, but I consider it one of the most magical (video) cities I’ve ever seen.

At the moment, I live in Nice, France, and work at Eurecom in the Sophia Antipolis technology park.

So, I always woke up with the scent of the sea!

I’m (proudly) father of twins, Francesco and Alessandro, they were born in 2010. I discovered a new world through their eyes.

I was a pro K1 fighter until 2015. I won two belts: amateur European Champion and professional Italian Champion [Video]. I am still training, but just for eating a lot of Italian food without getting fatter 🙂

I’ve been working since I was a teenager: waiter, lifeguard, bricklayer, salesperson, and system/network administrator!

Then, I worked for one year as an Android Reverse Engineer at Talos until 2017. But it wasn’t my way. I felt the need for a new challenge.

So, I started a PhD Computer Science and Systems Engineering at University of Genoa and (finally) I’ve realized that my future will be in academic research.

Listen, Morty, I hate to break it to you, but what people call “love” is just a chemical reaction that compels animals to breed. It hits hard, Morty, then it slowly fades, leaving you stranded in a failing marriage. I did it. Your parents are gonna do it. Break the cycle, Morty. Rise above. Focus on science. [Rick and Morty]

I’ve finished my PhD in January 2020, and it has been a challenging journey!

After that I worked as a Postdoctoral Researcher and then as Research Engineer at Eurecom under the supervision of Davide Balzarotti.

Finally, it seems that after many adventures I have found my way: in April 2022, I was hired as an assistant professor at Eurecom, and I plan to continue my career here for several years!

I have a lot of hobbies, depending on the season (and sometimes I sleep):